We would like to offer our sincere support to anyone coping with grief. Enter your email below for our complimentary daily grief messages. Messages run for up to one year and you can stop at any time. Your email will not be used for any other purpose.

Share a memory
Obituary & Services
Tribute Wall
Read more about the life story of Kenneth and share your memory.

Kenneth Wayne Kendall was born December 3, 1954 in Ada, Oklahoma to James Kendall and Oletha Sherrell. He was an Aircraft Mechanic for the Army in 1974, and joined the Air National Guard as a Rifleman in 1977 in Claremore, Oklahoma. He received a National Defense Service Medal, Aircraft Crewman badge, and a Marksman (Rifle). Kenneth passed away suddenly on December 22, 2022. He is proceeded in death by his father, his grandparents, his niece, Crystal Linkswiller and his grandson, Ravon Curry. He will be greatly missed by his Mother Oletha, from Harrah, Ok. His sister, Norma Dee from Claremore, Ok. and his brother, Mark Kendall from Eufaula, Ok. and his sister, Barbara Koontz from Harrah, Ok. He is a loving father to three daughters, Stacey Althans, of Painseville, Ohio, Fawn Kendall of Bixby, Ok., and Kendi James of West Palm Beach, FL. 12 grandchildren and 3 great grandchildren. Along with many nieces and nephews.

Kenneth always went by his last name, Kendall. He had a big heart and a love for animals. Kendall liked to cook, watch western movies, and sci-fi movies. He loved to work with his hands, he was able to fix anything within the home and repair cars. He will be deeply missed and loved. 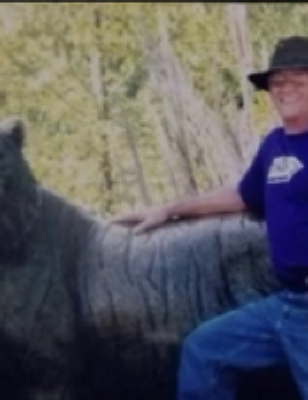 Look inside to read what others
have shared
Family and friends are coming together online to create a special keepsake. Every memory left on the online obituary will be automatically included in the book.

Look inside to read what others have shared

Family and friends are coming together online to create a special keepsake. Every memory left on the online obituary will be automatically included in the book.

You can still show your support by sending flowers directly to the family, or by planting a memorial tree in the memory of Kenneth Wayne Kendall
SHARE OBITUARY
© 2023 Brown's Family Funeral Home. All Rights Reserved. Funeral Home website by CFS & TA | Terms of Use | Privacy Policy | Accessibility